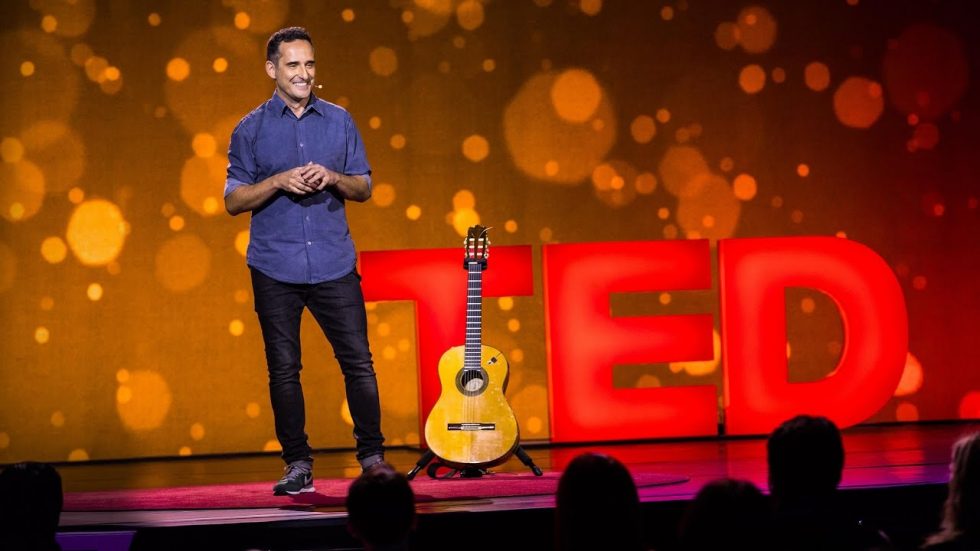 In 2019 I am committing to watching more talks that are not in English. I watched this one with subtitles.

1) A simple, intriguing opening – ‘I’m going to tell you the story of a song.’

I have advised multiple clients against starting with, ‘I’m going to tell you a story….’ for two reasons. One, it has become overused as an opener. Two, it can often be more powerful to craft an opening that effectively drops the audience into the story, rather than announcing what you are doing.

But in this case, the fact that it is ‘the story of a song’ feels fresh and interesting.

2) The speaker uses enough specific details to bring the story to life, without slowing down the development of the talk – for example, the fact that he wrote the 4 song lines that his teacher gave him on the back of a ‘circular coaster’. We can picture this.

3) An appropriate level of detail to bring musical structures to life for an interested audience, but one who aren’t professional musicians. For example, he says of the Decima, ‘Here’s the structure – I’ll give you the basic idea and then later you can look online and learn more about it.’

He then goes on to demonstrate it practically, counting out on his fingers and using his voice, providing a wonderful and accessible insight into a musical structure that will probably be new to most of us. 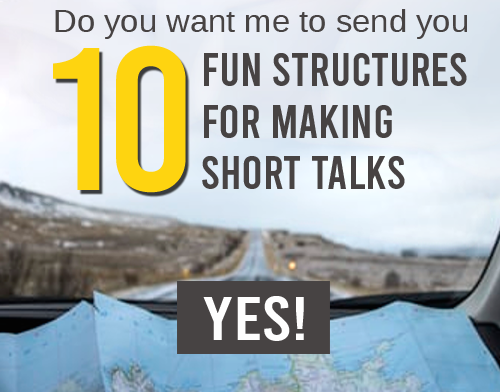